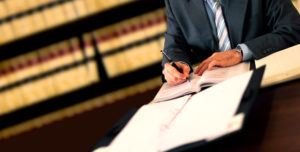 Over the last few years, it has become more known that the foundations of a large number of homes and buildings in certain regions of California are being destroyed by sulfate. This natural, but pernicious agent seeps unknowingly into the foundation of a structure and causes damages that are irreversible. If your home or building has been damaged by sulfates, you have the right to speak with a sulfate attack lawyer Newport Beach, CA residents trust.

Both California and Arizona are known to have measurable levels of sulfates which are believed to originate from the ocean. Sulfates can destroy the integrity of a building structure and undermine its performance. Today, homeowners and building owners with sulfate problems are hiring sulfate attack lawyers in Newport Beach, CA to help them file a construction defect claim.

Sulfates are a naturally occurring compound. When they are in the soil and it becomes wet from rain or irrigation, the sulfates dissolve into the water. Over time, they will seep into concrete structures and eat away at the cement. Once this deterioration starts, it cannot be stopped.

The Symptoms of a Sulfate Attack

As a sulfate attack lawyer Newport Beach, CA families can rely on, many clients we help notice symptoms or signs of the attack. Usually, sulfate damage first appears in the form of hairline cracks, also known as etching. White powdery like stains are also common. In general, these will be first noticed on the driveway, garage floor, or along the exterior foundation. As the sulfate damage becomes worse, these signs may appear in other areas. Patios, sun decks, swimming pools, or other concreted areas may also show signs of a sulfate attack.

According to our sulfate attack lawyers, Newport Beach and the nearby areas could be severely affected by sulfate damage. Along the coast and inland areas, it is thought that thousands of structures have been built on sulfate laden soils. Right now, experts suggest the damage could be so severe that it may cost insurance companies and the California homebuilding industry more than the Northridge earthquake which exceeded $20 billion in damages.

There are special building codes that mandate a Type V cement be used in any area that has high sulfate counts. A lower amount of water, 0.45, should also be used when mixing the cement. In a number of cases we have handled, the cement to water ratio is more like 0.65 to 0.70; far above the maximum amount allowed by California Building Codes.

As the sulfates continue to damage the structure, it will eventually begin to breakdown and turn into rubble. Another concern of the sulfate damage is the potential instability of the building which could put its occupants and the structure at a greater risk from high winds, earthquakes, and other destructive forces.

Although most contractors comply with the sulfate building code requirements, many homes built before or right after the 1980s do not. If you believe your home or building has been damaged because of sulfates, please call a sulfate attack lawyer Newport Beach, CA provides. Call Terry Mudge, LLP today.